Summicron 50mm f2 Collapsible Radioactive – Is It Just a Myth

Is this Radioactive Lens a Myth?

Summicron 50mm f2 Collapsible Radioactive – Is It Just a Myth

Summicron Collapsible started production in 1951 until 1957 with Leica screw and bayonet mount. It takes 39mm filter which is interchangeable with my Summicron 50mm or 35mm lenses. The aperture ring is smooth but the click-stop is not as precise as Summicron Rigid or later versions. The focusing barrel is not bad, would like to have an extra thickness for me to focus like Summicron Rigid.

The design of having a collapsible function is brilliant for some people who would like to put the screw mount camera together with this lens in their pockets. Even though I seldom use this function but a friend of mine does. I love all the infinity lock function in Leica lenses since I often play around with it while I was waiting for my shot and it gave me a great sense to know the actual distance marked on the lens.

The only bad thing about the lens will be the chalk soft coating on the lens elements which makes me hard to find a nice copy, most of them have so many scratches or cleaning marks and also it is very prone to haze in the glass.

Some people worship this radioactive version as it has lanthanum in the glass. LHSA said with this element in the glass can actually save ⅔ of a stop. After 50 years of age, the rare earth itself naturally became yellowish so kind of like adding a light yellow filter on the glass.

Many claim it is the best black and white lens in Leica 50mm range because of its low contrast character adding this light yellow glass will add extra contrast to the lens so it takes better B&W photos. But I think it is just overrated because it really depends on light, environment and subjects.

Bokeh has spinning character but not as crazy as Summitar 50mm f2. It is smooth but not as uniform as Summicron Rigid, sometimes quite messy.

Sharpness is pretty much the only weakness in this lens. Don’t expect it will be razor-sharp but rather It is soft at wide open. When I stop down to f5.6 and f8 during the day with a great amount of sunlight at f8, it is very nice but since it is prone to haze, sharpness will gradually decrease.

So far I have only used this lens with black and white films mainly with Kodak Double-X 5222. I had owned 6 copies before and shot quite a lot of pictures inspired by HCB. This is a lens that can create photos with low contrast and medium sharpness that replicate the look of vintage photos. So a few years later when you look at your photos again, it does add extra character to it.

It transits seamlessly from black to mid-grey to grey then to white. It wouldn’t perform like modern lenses with super high sharpness and definite contrast between black and white and it is suitable for people who are looking for characters to add in their photos.

This collapsible lens was the third Leica lens that I have tried and the first screw mount lens that I owned back then. I bought and sold this lens quite a number of times and each time when I think about black and white street photography and Henri Cartier Bresson make me miss this lens. Anyways, long story short, overall it is a great lens for B&W photography. But I would recommend you to get Summicron Rigid more. I will explain more in my next post. 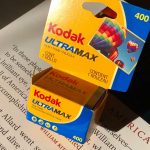 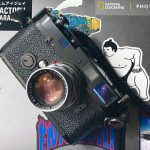