A Lens Identical to Summilux first version aka Steel Rim

There are many people who would dream of owning a copy of the first version Summilux 35mm because of its rarity, outlook and Leica “glow”. Its special outlook on both M2 and M3 version really made me fond of it, especially with that sexy OLLUX hood which is so unique in the entire Leica collection. It is sad to see the price of this rare gem keep going up.  I have personally tried both lenses on hand and been shooting with them for a while on film and digital. So I would describe the Summilux pre-a v2 early type (infinity lock version) is a little bit sharper at all apertures compared with Steel Rim.

Steel Rim has vulnerable coating in early serials and very easy to have separations in elements, so it is hard to cherry pick the best copy. Both lenses were constructed in the same design with the same focus scale and infinity lock except the front metal rim was installed in Steel Rim. Some Infinity lock version have brass tabs and some are in chrome. Most of their serial number begins in 222xxxx, 229xxxx and 234xxxx and it is available in both M2 and M3 goggle version.

The non-goggle version of this lens can focus down to 0.85m compared with Steel Rim and normal Summilux pre-a 35mm which has a minimum focus distance at 1 meter. Other summicron lenses such as 7 elements (King of Bokeh) and 8 elements both have min focus range at 0.7m. It surely gives you an advantage to take some nice images with f1.4 at a closer range, great to take half body portraits when you are sitting opposite of your subject. Whereas the M3 version with the aid of the goggle, it can focus down to 0.65m.

An Underrated Gem with so much Character

There are so many layers to taste with this lens. The most popular lens from Leica probably is the Summicron 35mm f2 Version 1 (8 elements) with its immaculate transition in black and white images and the essense described as sealing the air in the image. Another one will be Summicron 35mm f2 IV (7 elements) also known as King of Bokeh, it is an overall performer on black and white and colour negatives not so special but great for consistency on your image. But what I wanted to express is that this Summilux infinity lock can also offer you most of their characters at different apertures.

Starting wide open at f1.4 can perform like Steel Rim but not having the crazy glow or haze from normal Ver 2 pre-asph, at f2 it is very much like the 8 elements and bokeh is the same as well. At F2.8 to F8 it gives rich and solid images like the King of Bokeh. The most obvious difference among them is that Summilux infinity lock tends to render in a much warmer tone than other lenses, that sense of Warmth sometimes might not be great on colour photography but sometimes that put on extra spirit to the photographs. I believe no lens is perfect but a great lens should have characters that fit in your photo philosophy and they are like your best companion, like a drawing brush which helps you to create your memories or assignments

As I have noticed not many people are aware of the specialty of this little gem, that’s why I wrote this article to let more people appreciate this lens with its character and outstanding performance. I know this lens is actually even rarer than Steel Rim but I highly recommend you to try it. All of these are just my personal experience and if you have anything wanted to share with me or other readers, feel free to comment below and definitely great to hear comments from other users! 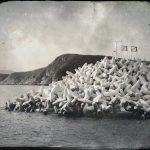 Prev TinType - Retro Style Camera App
Next What is in my camera bag?