A Bulky Rangefinder Lens but will do you the magic

In 2010, I got myself a Canon 50mm f1.2 LTM lens and had an intensively 6 months shooting experience with it with my Leica M8 and Leica film MP camera. It was dreamy with special spinning bokeh, during that time I thought I was having the best large aperture lens available for rangefinder cameras. But GAS continuously persuading me to look at other fast lenses. So there was this thread in the HKLFC forum, owners showcasing different Noctilux they have and I noticed that E58 (Version 1) and V4 with built in hood (Version 4), they both win people’s heart. Noctilux = Noct = night in Latin, Noct + Lux = night light gathering. Nocti is from the word “Nocturnal”. The magic was the silky skin rendering, creamy bokeh that I have never seen before. It was so special to me.

Honestly, as a beginner searching for a Noctilux they all looked the same to me and I cannot tell which one should I get given the price varies among them.So the question is which version should I get? Which Noctilux 50mm F1.0 should you get?

I admit that I was a bit crazy about studying different Noctilux f1 lenses from Tommy Oshima to Tinyeyes on flickr. I tried to skim through every post to see if they mention which serial of the Noctilux they are using. If you take a closer look at the bokeh and sharpness, you will notice the difference on each version.

Generally speaking, they all inherited the same kind of mood with spherical like bokeh which gives you a very 3D look. If you are taking a portrait, focus on the subject’s left/right eye, anything fall out of that focus point will be blurred gradually and your subject’s skin will be softened as if adding a soft focus filter on it. I have tried 6 copies of Noctilux at different times, E58 (Version 1), Version 3 with clip on hood and Version 4 E60 with build in hood.

E58 Version 1 (pinned hood)
It has a filter size of 58mm with the most vignetting at wide open among 4 different versions but at the same time add extra character to this lens. What is so different about this lens compared with the later version is that colour is generally muted and not as vibrant as the later versions. Earlier type coating will have some serious Leica glow and produce the softest texture of the skin. It’s bokeh has an oil painting like texture, the butter smooth creamy bokeh is its signature. If price is not a concern, this is the version I would highly recommend you to try. E60 Version 2 (pinned hood)
It is the rarest version as it has the lowest production unit. It is similar to E58’s rendering but less vignette. I have only tested it out in a shop but never owned it.

E60 Version 3 (clip on hood)
It was my first Noctilux, its character is a combination of Version 1 and Version 4. It has better sharpness than Version 1 and 2 (more obvious on film). Colour is very rich and has higher contrast. Bokeh is still very creamy but maybe due to the coating, it renders with more details in the bokeh than version 1. E60 Version 4 (build in hood)
The Noctilux that I first saw and fell in love with. I was attracted to its convenient square hood but honestly I was very disappointed when I found out the hood is so loose and made of plastic. Anyways, many people aim at the later serial numbers starting at 395 or 398 because it has modern coating and captures sharpest images on digital cameras. But if you are looking for creamy bokeh, this lens is not suitable for you. What I mean is that this version has modern coating that made the out of focus area not as dissolved as other versions, which means that the bokeh will be kind of “Busy”. For me, I shoot both digital and film but mostly with film so I ended up getting a very early serial starting with 363 with coating and picture rendition similar to version 3. A Perfect lens for Portrait lovers and Cinematic mood

The magic of Noctilux is that by using its thin depth of field, you can separate your subject easily. It creates excellent portraits with mood and I would say this lens cannot be easily replicated by other lenses. The reason why I didn’t pick Noctilux 50/0.95 is that on digital F0.95 produce higher contrast pictures and has less attractive highlights. The glow from Noctilux F1 is the essence to create the special and magical mood in your photographs. Some people might dislike the cat eye bokeh but for me that’s the most special rendering from the Noctilux because the Cat eye bokeh will give you sphercial feeling and gives you that 3D pop look. Which lenses are the best alternative to Noctilux

If any of you are looking for a cheap alternative to Noctilux and you are also same as me who focus more on mood and texture and the creaminess of Bokeh. I would suggest you try 7Artisans 50mm f1.1 on digital. Summilux 50mm f1.4 asph on both digital and film, the special thing about this lens is that, when you focus down to 0.7m to 0.8m the depth of field is kind of similar to Noctilux and the bokeh is just perfect. Canon 50mm f1.2 LTM is also a special lens in my heart since it performs really well on both digital and film. Voigtlander Nokton 50mm f1.2 is also a great lens with close focus down to 0.7m and especially a little bit of glow when you shoot at wide open at f1.2, great performer on digital and film but a more standardised lens without the special mood at night. Another word “Boring” to describe this lens. I have tried most of these versions on both digital and film, from the digital Leica M8 era, M9 and eventually the Leica M10. Tested it out with different colour negative films, slide film and black and white films as well. In general, I love its performance on film most, because all these versions perform similar on film than digital and on film it gives you a special mood. So I highly recommend you to try it with different films. I hope this article can help you differentiate different Noctilux versions for 50mm f1.0 and at the same time give you a little push to get one and take pictures with it! I was at first found that choosing the right Noctilux is quite difficult as the price range is huge plus there is subtle difference in each version to give you different tastes. I wish everyone would try Noctilux at least once in their life time and let me know if you had the same feeling as I do. I know that the weight of the lens made it not an everyday carrying lens but do give it a try. 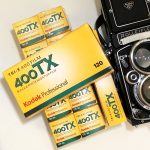 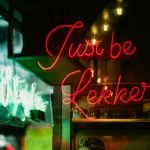