It all began in summer 2011, I spent quite an amount of time drilling in the HKLFC forum and suddenly there was a black paint hype and almost everyone in that forum got themselves an Alpa lens. I took a closer look at it. It was written as the Alpa Kern Macro Switar in 50mm focal length with an aperture of f1.8 or f1.9. F1.8 has always been cheaper because it is not in black paint except some rare copies in full black while F1.9 only comes in black paint and that beautiful focusing curl attracted me. The lens was constructed in musculin style with a sophisticatedly designed focus scale and it is capable of using Macro function too. I have never seen something like this because the focus scale changes automatically when I turn the aperture! After trying this lens for quite some time, It is a super fine lens best to have it shooting with film. This is one charming “black paint” lens manufactured by a non-leica brand and probably because of its unique design it can be used on a rangefinder camera body with an adapter.

In 1951, the famous Swiss factory Alpa first introduced the Kern Aarau Switar 50/1.8 AR as the standard configuration of its own product line. Alpa is famous for manufacturing cine lenses and its build quality is in a class with Angenieux or Kinoptik. During the first five years, there was no Macro marked on the lens. It was not until 1958 that it was replaced by the Alpa Kern Macro Switar 50/1.8 with 7 elements and 5 groups and subsequently replaced by Alpa Kern Macro Switar 50/1.9 in 1968 with improved design and optics.

Alpa Kern was produced in apochromat (APO) standard. Lens was designed with 8 elements in 5 groups, weighing 280g. The closest focus is 28.5cm. Minimum aperture f/22. Filter thread is 48mm but requires a clip-on adapter to use original Alpa filters or third parties adapter that takes a 49mm filter. Lens equipped with 9 aperture blades.

The lens hood is designed with an inverted clip style with buttons on both sides printed with Apla Switzerland and its focal length “F50” are written on the hood. Kern’s classic yellow dot V-shaped depth of field is its signature design. When the aperture turns, the yellow dot will increase and indicate the hyperfocal range and this is something I haven’t seen any lenses with this unique design and Kern called this ​​Visifocus.

Alpa’s 50mm f1.8 has golden yellow coating, and the later 50mm f1.9 ​​is golden purple. Both lens optics and aperture have also changed when Alpa released the 50mm f1.9 version; one extra element was added in 50mm f1.9 between second and third element. The position of the aperture blade has also moved forward in 50mm f1.9. Some people say that the amount of light has been improved and images are sharper in the f1.9 version, and some people say that it is a later cut-down version to control costs. There are so many rumours regarding this change.

There are in total six versions before and after, all of which are APO standard designs, so they are close to modern lenses in terms of sharpness and anti-glare except that it is not using aspherical glasses. Alpa Kern 50/1.8 mainly produced in black paint with chrome parts, only a handful of that came with entirely black paint while 50/1.9 only available in black paint.

The last version of Kern Macro-Switar 50/1.9 ​​is M42 screw. According to the data, only 83 were produced. It was made by Chinon Japan. It also uses the same lens body to produce 50mm/1.7 Macro, and the magnification is also 1:3.

Smooth and buttery compared with other Leica pre-asph Leica lenses at f/2. Extremely splendid and pleasant rendering out of focus area.

Images produced are extremely sharp with pretty good contrast and vibrant colour saturations. Since it is an apochromatic corrected lens, colour restoration and especially great to use it in under harsh sunlight without any flare and I have tested with different film and situations.

I especially love the performance of this lens in slide and cinematic negative film. The warmth replicates extremely well with great light resistance.

Even with a rangefinder coupling adapter, the lens cannot focus with the rangefinder mechanism due to its limitation. But with Alpa’s original camera or any mirrorless cameras that have EVF, this lens becomes a monster! My only complaint is the super long manual focus throw.

There are quite a few brands manufacturing this Alpa to M mount rangefinder coupled adapter from Shogan, Metabone, Kipon and some chinese brands. I prefer Shogun and Metabone because they are available in black while Kipon is only available in silver except certain special editions. All of these adapters require fine calibration after mounting the lens as well as some test shots to get focus accuracy.

If you love black paint lenses and also own a mirrorless camera with EVF, this is for sure a lens you will enjoy using. It is not a lens that you will be super impressed with its image quality but rather a lens that has great craftsmanship and history behind it that looks perfect to match with your Leica gears. Also if you use a mirrorless camera, you can unleash its full potential with its Macro photography.

If you have any questions related to film photography and you would like to source any cameras and gears, feel free to email me or subscribe for free photography tips below. 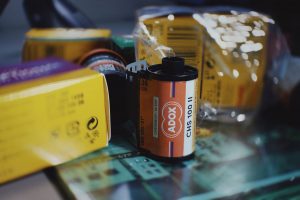 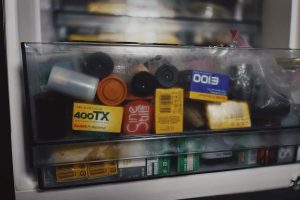 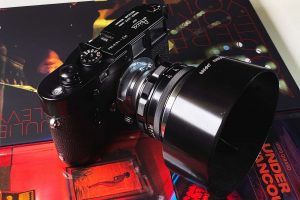 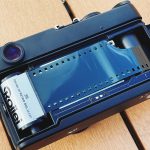