A few months ago, I was in Mong Kok shooting with a friend. She told me she hasn’t been using her Leica M9 for a while but picking up the camera makes her feels so good and she now got motivated to shoot again. A few shots later she looked at her screen and turned to me said “The pictures look horrible, is there something wrong?”. The CCD sensor corroded and it severely affected the image quality. But the biggest problem would be who can repair this sensor while Leica stopped replacing the M9 CCD Sensor in August 2020?

To some of you, Kolari Vision might have appeared to you in the sense of sensor infrared modification, filters…etc. But can you actually repair the corroded M9 CCD? The problem with the sensor is not the actual sensor but the glue between the filter and the sensor, so it doesn’t require you to completely change to a new sensor.

“Leica unfortunately used an older type of BG glass, and failed to protect the M9 glass sufficiently to prevent oxidation, causing corrosion issues across the board. If you lived in a humid area, you probably had issues quickly, but if you were in a drier area the issue may have taken several more years to appear. Leica initially offered a good will replacement for the corroded sensors between 2014 and 2017. After that, they charged $1,600 to replace the sensor, until stopping this August.” quote from Kolari Vision

With further help from Fotopia, the camera was then sent to Kolari Vision in the states and after waiting for quite some time and received an email reply from them to get the latest BG61 filter to get the corrosion problem fixed permanently. However, one might consider the expensive cost of repairing the camera actually worth it or not? But I think because of the CCD colour and also the camera itself is sentimental to her, getting the camera fixed is the first priority. I have tested the camera with some shots, so far I don’t see any material difference in the colour performance from the M9-P that I had. I would highly recommend you to try Kolari if you also face the same issue.

If you have any questions related to film photography or you would like to understand more about it, feel free to email me or subscribe for free photography tips below. How to Get Started with Film Photography 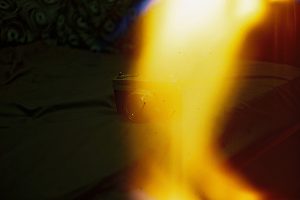 What Happens When You Accidentally Open Your Film Camera’s Back Door?