Film Photography – Why I love it

Tangible asset is a word that I first learn in my accounting lecture. Film to me can have both tangible and intangible factors. I always believe I have to hold something in real life to actually feel it so that I can have a complete memory. Except the real film picture was taken, the way to take the picture in a visual sense, the places and moments happened in the surrounding or even noises are recorded in my mind. I would call this as my private film experience. Film photography do help to break my comfort zone and to shoot with my instinct. I love to imagine how a specific film result will look like including the grain, texture, micro contrast and most importantly the light. It also taught me to be less worried about the results and to be patient. Just screw it if it doesn’t look pleasant but the thing is, even if the pictures go wrong, the moment is still staying in my head. Because I remember all these little moments from each frame that I have taken, the steps and time that I have made to create these shots.

Imagination plays a big part of it. I love to predict what kind of result I will get from different types of film with different sets of lens. I enjoy this process very much as it constantly pops up in my mind when I look at different things in daily life. This is my private moment that I love most. Some people might think, oh well you have missed so many shots when you need to rewind your film and the shortage of time to advance a single frame.

I always think in a way that each moment, each split seconds is unique and it only happens once in our universe. To catch the time and seal it in a tangible is to take film and to create the sentimental feeling instantly is also to shoot with film. It is the most direct way of capturing of what has happened in a specific time. The funny thing is that the choice of film and how I scan I or develop it reflected my mood in that period.

My choices of film represent my mood and sometimes places that I travel played a big part in this decision game. Black and white film in my default preference. No matter what, I still prefer shooting black and white, not because of its unique and decent look. It is simple as, I don’t know how to shoot colour film. By thinking and imaging colouring images in my brain often confused me. I would love to have nice colour tone, combination and composition to help to bring out the pictures. But the key part missing is my mood, I couldn’t attach any mood on colourful. I tried but it doesn’t work most the time. The truth is not that I wanted to shoot film all the time. It is because it became a habit to me now. At the same time, I don’t feel attached to my digital images, at least I don’t see them as a part of me and my work. I think there is no way to separate me with using film as a medium to create my own moments. Some kids love to bring their teddy with them, and I am the kidult that shooting film will make me feel comfortable and happy. This is about me and my film photography bubble. 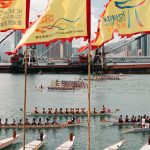 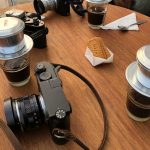