The weather was excellent on last Sunday afternoon. I went to the open area in Admiralty right in front of the Central Government Office together with Fujifilm X-Pro2 and two lenses in my bag, 23mm f2 WR and 35mm f2 WR. By coincidence, I found out there is a dragon boat race competition happening in the waterfront. So I chose to use 35mm because it is more tele and I want my images to be clean and focus only on certain subjects. 35mm on Fujifilm is equivalent to 50mm in 135 Full Frame format. Dragon Boat
Dragon boat is a human powered watercraft with team paddling together in the race.There was history about a minister called “Qu Yuan” tracing back to 278BC. After his suicide for patriotism, people beat drums and splashed the water with the paddles to prevent fish from eating his body. This is the story that I learned from high school. We eat “zongzi” as a traditional food, one of them made with beans and meat and the other one made with lotus seed paste. I prefer the later one that is sweet and with nice texture. And this festival occurs in every year in June. This is my first time shooting in dragon boat festival, I have seen it so many times from TV and I wanted to capture it with strong focus on composition. The Fujifilm X-Pro2 camera was set at AF-S mode, Auto exposure, Aperture at F/11 and maintaining ISO at 400, which I want to freeze the dragon boat rather than having a motion blur. Most importantly is to use AF-L to lock the focus in infinity to have faster capturing speed. Overall the Fujifilm XF 35mm f2 WR is a nice and compact lens for any type of street activities. This is definitely my choice during the day. 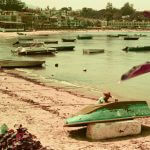 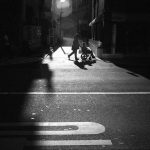