An alternative for Black and White Film Shooters?

I am always so excited whenever there is new film launched in the market, so I picked few rolls of JCH Street Pan 400 out of curiosity. I pre-assumed that this film is just a normal black and white film with high contrast and little details. But after the film was developed by lab. I was happy with the result and decided to try few rolls more. I spoke to the lab about it and they said the film base is similar to Rollei/AGFA, very thin and top and bottom unexposed areas are transparent after developed. The Reborn of a Surveillance film

JCH Street Pan 400 is not having a newly invented emulsion, it is an old discontinued surveillance film that was made by AGFA. In 2016, Bellamy Hunt from Japan Camera Hunter decided to bring this film back to life. JCH website mentioned that It has high sensitivity to red lights, and it is optimal for different weather conditions and under low light environments. The contrast of JCH Street Pan is fairly high at box speed. But it helps to bring out the mood with such contrast level keeping a great tonality. It has rich greyscale, but not as broad as Kodak Tri-X and the tone is great for street photography which performs really well under different weather conditions. So you don’t have to worry about getting a grey and flat result on a cloudy day as other black and white film needs more sunlight and push the film to get the same tonality. I would describe JCH Pan 400 is a film between Tri-x and ilford HP5, a mixture of both. JCH Street Pan 400 is characterised by its fine grain structure. It is not as grainy as Tri-X or HP5 and the grain structure is similar to HP5. It can easily render the mood that I want at box speed. However, to get the same mood with HP5 or Tri-X you have to push the film to ISO800 or even 1600. What cameras/gears did I use to take the images? 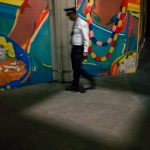 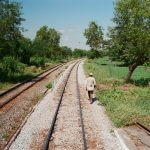