Most of you must have already been using motion picture colour negative film such as CineStill 50D, CineStill 800T…etc. Kodak Eastman 5222 Double-X is Kodak’s legendary 35mm black and white cine film available for use in 35mm camera. Films such as Schindler’s List (1993), Memento (2000) and Casino Royale (2006) have used Double-X to evoke strong emotions like only black-and-white can do. Double-X has the subtleties in tone scale with a scratch-resistant backing layer. It also has a great depth of field without increased illumination. With its stunning tones and dynamic range, any developer in the market could have it developed nicely and resulted in good sharpness. Comparing the Eastman Double-X with Kodak Tri-X, the later one gives you a relatively harder sharpness. If you like softer tone and use with vintage Leica glass, then Double-X for sure is something that you are looking for. It has very long density range and with medium contrast for movie making. When you use the film in high contrast environments, highlights and shadows are kept in great details. I have developed some of them in Kodak HC-110 (B) before and resulted in low contrast. Some online forum suggested that using Kodak D76 developer is the perfect match! Eastman Double-X is mainly for movie making and the grain is much finer than Kodak Tri-X and I think the grain intensity is between Ilford HP5 and Delta 400. Comparing Double-X with other black and white film Double-X is flexible to be pushed up to ISO800 and usually I rate it at ISO 400 for street snaps in daylight. At ISO 400, aperture step down, compose and shoot! It gives you autonomy to use at different ISO speed in different circumstances and it ease the pain to consider which film to bring for your own trip. What lenses did I use? 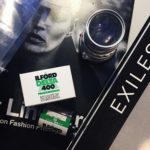 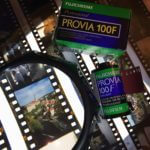